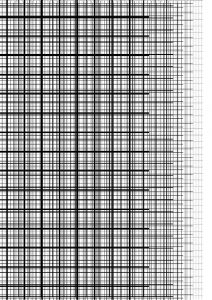 The idea for the residency period is to give continuity to the artist’s research mostly related to the concept of autonomous/generative art (those being developed as multimedia installations, performances or web-based works). For that, Visockis will develop a new audiovisual installation inspired by the concept of feedback as a generative system.

From a broader view, generative art as a systems-based practice can be found in ancient art exploiting symmetry, tiling, and patterns. In the mid-20th century stochastic systems were added to the mix, and in the late-20th century systems found in complexity science came to dominate. Feedback is a term that has been related to contemporary art [specially the so called sound art] with different approaches and with different results, but always coexisting in the field of systems that can reinvent and generate itself by exchanging energy with the environment that the work is surrounded by, and the inherent parts of it’s own system, mixing what is the input and what is the output that feeds this system.

The exhibition resulting from the residency period is named Volta and will be presented in Titanik Gallery from September the 5th until the 12th. In this work Visockis tries to take the concept of feedback as a generative system to an audiovisual level, by using the feedback both in video and in audio, both in physical and digital realms, developing an autonomous audiovisual system. The work consists of six mirrors, two multimedia projectors, DC motors, two speakers, microphone and custom software programming. With these, the installation will create a synesthetic generative work, in which sound is translated into light projection and one feeding each other, immersing the devices, the room and the spectators perception in one coexisting retroactive environment.

PirarucuDuo is the name of the partnership between Fernando Visockis and Thiago Parizi. One of the resulting works of this collaboration is a series of video entitled “The Plumbers”, in which the Nintendo video game characters Mario and Luigi appear out of context in different fantastic environments, doing unexpected actions related to the concept of movement and non-performative performance. The series consist of three videos so far and the fourth one was shot in Turku during Visockis’s residency period.

On the night of the 12th the premier of this new video will happen in Titanik Gallery  followed by the screening of the three other videos that the series consist of. To have a look on the video series please visit the links: