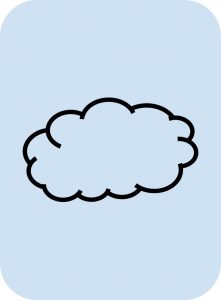 We have become almost entirely dependent upon machines, willingly suspending disbelief that they might ever break down. Yet they do. Electronic fog is a phenomenon that is thought to be produced when electromagnetic fields overlap, resulting in a grayish mist that seems to appear from nowhere, clings to and travels with a plane or ship, and causes all electronic instruments to fail. It is used to explain some of the incidents that center around the Bermuda triangle, a region above the Atlantic Ocean where mysterious events have occurred, such as vessels and their crews disappearing without a trace, and possibly even time travel. Electronic fog can also be recreated, as has been shown by physicist John Hutchinson, and the resulting strange effects — objects floating in space, or shooting off at high speeds, and a dense, metallic mist — have been documented, if not fully explained. While the levels of electromagnetic fields in our daily lives are seldom as concentrated as this, many of us live within an electronic fog, both conceptually and physically. We transfer so much information electronically, we now store our data in a “cloud” for later retrieval from an entirely different physical location. Our homes and cities exist within wireless networks, punctuated by cell phone towers, ensuring a constant inundation of electromagnetic energy upon our physical bodies. The long term effects of the exposure to these forces is not yet known — we are stumbling blindly into the future.