During the residency I spent a lot of time making audio scores by recording my voice. Their first purpose is to be interpreted but they can also be presented as a work in itself. I try to keep a semblance of words and melodic tones while introducing small blurrings that affect grammar, tune and vocal flow, aiming at finding a new generic. The singing in the scores is breathy and soft. A lyrical singer has to interpret the soft and quiet qualities by using all her vocal capacity. The two voices feature in a sound installation.

I also worked on a video on album filler songs. Fillers are songs used to pad up albums between hits. They’re linked to the concept of the album and have existed since albums have been recorded. They were most often on the B-side on vinyls; since the digital age there’s a bichronie where labels still produce albums while listeners can buy on the internet only their favourite songs. The paradox between their virtual fate and the material work that create them fascinates me. I have started to make a list of these useless songs. I didn’t see really a scientific method to do it, so I listen to albums of commercial pop and R&B and I just try to spot songs that have a quality of uselessness to them. Unfolding from this listening, the video plays with the ideas of familiarity, expectancy and deja vu relating to the experience of listening music. 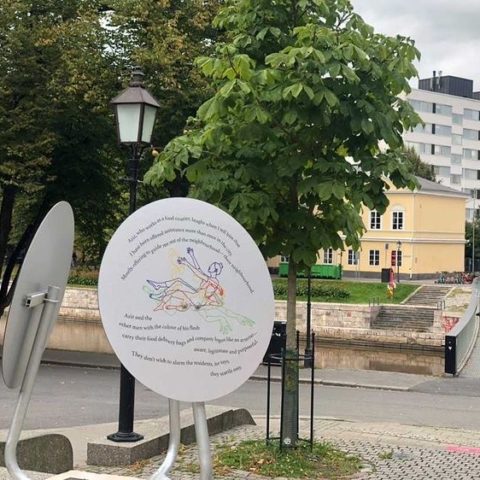