TinTin Patrone (* 1983) is a German-Filipino sound artist, musician, film and music producer as well as painter, performance artist and author. Patrone founded the group Krachkisten Orchestra in 2009, the International MusicMotorcycleClub in 2012, and runs various musical and artistic individual projects in parallel. The connections between music, art, sound and experimental gesture is the general field TinTin Patrone is interested in. One focus of her creations lies on the visual elements of music, the tension between conceptual ideas and physical existence.

Tim D. Huys (* 1971), is a German musician, DJ, theatermaker, film producer and performer. Tim is a member of the Krachkisten Orchestra and the International Music Motorcycle Club.

Part of their collaborative work deals with the development of musical instruments and sound devices, researching the relationship between musician and instrument, and questioning music rituals and conventions by self- experimentation or in a framework designed for audience participation.

For the residency in Turku in Finland they will verify their interest in the field of sounds of longing, nostalgia and national identity. Their project is about the intense sound of Finnish tango, which could be found in a similar way in Japanese enka music or the Fado style of Portugal. All three genres were created and still practiced to express some kind of Weltschmerz (German) or saudade (Portugese), which means something like a feeling of pain hardly connected to the pure feeliing of being alive. In the Finnish language the term kaiho seems to correspond very closely to that emotional state which is central to the Finnish tango.

Through experimentations using distinct artifical sounds and visuals as well as including algorithms and simple AI apps the question of what could be the essence of that certain feeling will be examined. Finding the venues where such music is practiced and talking to musicians as well as consumers would be part of a research and will be presented as a  sound-installation with performative parts.

The residency and exhibition has been supported by the Ministry of Culture and Media of the Free and Hanseatic city of Hamburg. 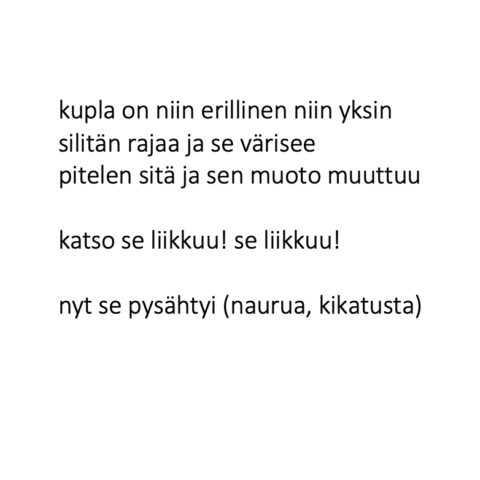 Porous Being (in the age of machines)